Mr. Midas slowly walked through his magnificent halls. The click of his heel clearly heard as an echo sounded against the high cave like ceilings. The hallway expanded with marble flooring and golden accents. Each window framed with rich wooden carvings leafed with gold. This was Midas’s palace. His treasure. At the end of the ornate hallway, Midas entered a small room. It was dark with velvet curtains covering each window pane. In the center of the room stood a statue, a figure frozen in time arms outstretched. Midas faced the figure directly. He looked into his daughter’s eyes fixed in a bright half smile. She was only nine years old and never had a chance. He recalled the fateful day when his blessing became his curse. He had reached for his daughter and turned her to solid gold. She had just learned how to say “Hello” in five different languages. Suddenly cemented in time, as a relic to her father’s greed. Midas reached out his hand to the statue. He caressed her cheek. If only he could turn back time, reconsider everything he cherished in his life. His daughter’s expression remained unchanged. He sighed. Midas turned away and walked out of the room slowly plodding down the hallway. The clicking of his heel echoed through the cavernous hall.

This piece is inspired by the Tuesday Writing Prompt Challenge over at Go Dog Go Cafe. Photo by Will Svec on Unsplash

Leona Cicone is a short story and poetry writer with a background in anthropology and marketing. Her works have been published in Visual Verse, Flora Fiction, Spillwords, Free Verse Revolution, The Anthropocene Hymnal, The Beautiful Stuff, Poetry Anthology and dyst: Literary Journal. Currently, she resides on the East Coast of the United States just north of the country’s capital. You can follow Leona’s writing journey @CiconeLeona.

a space exists the wish is to fill it in we reach outside of ourselves believing what we need, we do not hold tilling beneath the surface offers no clear sightline hands tremble, eyes wander, the mind paces it takes time trust it’s inside until then, the space is ok growth requires it read more […] 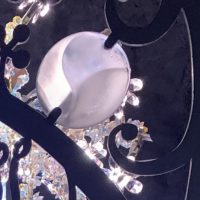 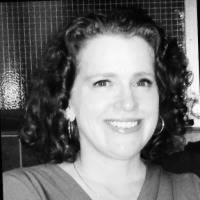 Thistle Thoughts
Stoner on a rollercoaster
Yard Sale of Thoughts

Treasured poetry and bargain prose await all who enter here

musings of a milspouse