After the long day of training Andromada still had work to do. She waved goodbye to her friends as they went back to the dorms. She headed in the other direction to the animal companion training center. Andromeda didn’t mind the longer hours of work because Sparky was always so happy to see her.

“Andromeda!” he shouted as she entered the compound area. He ran up to her and  started jumping.

“Ehy!” she said “Sparky, sit” she commanded. Sparky sat. She handed him a treat from her pocket and said “Good boy. Are you ready to practice?”

Sparky happily gobbled the treat and followed close to her heels. He had improved so much even within the past 3 days. The animal training area held lots of different equipment that allowed owners and pets to practice getting in and out of the spacecraft. When Andromeda had explained this to her teammates, they were extremely jealous. Team B was not going to touch a space craft for another 3 days and potentially they wouldn’t even be part of the group sent out to solve the “there’s an asteroid headed toward our planet” problem. At the moment there was no one else in the training room, Andromeda checked the time and realized she was a bit early. Her trainer, Zelky, would be arriving in a few minutes. She and Sparky started going through the practice commands. After a little while Sparky asked, “When am I going to play with Maffei?”

Andromeda paused. She hadn’t really thought about her brother the past few days. What was he doing right now? She didn’t want to think about it and said,

But would they? The aestorid was still on it’s way toward Planet 678 and there hadn’t been any update as to how that problem was going to be solved. If anything, the base seemed more agitated. There had been looting at one of the farm fields and a long message was sent out about it just this morning. Harvard has asked Andromeda about it before her training with Sparky.

“Why do you think people do it?” he said.

“How can they be hungry? Everything is rationed out and delivered to houses.” Harvard said, waving his hands.

Andromeda hadn’t thought about that. On Earth, looting occurred when people became desperate so why would someone loot here? Did people just want to take for the sake of taking? Andromeda shrugged and didn’t answer Harvard. He was always asking questions she didn’t really know the answer to.

Sparky jumped up on her leg. He brought her back from her day dreaming. His little tail wagged and he said “You know I just love to play, right?”

She smiled and felt guilty for some reason. With all the training, Andromeda had not been able to visit her dog that often. Ever since Sparky was a puppy, he had been by Andromeda’s side. It felt like they had been apart longer than just a few days. She picked up her dog and snuggled against him.

“Your hair smells like oranges.” Sparky said squirming against her embrace. “And hello? Hello! Hello!”

Andromeda let her dog back on the ground and turned to see who Sparky was talking about. It was Zelky, her companion trainer. Zelky was older than Andromeda but she wasn’t sure by how much. She had bright pink hair and a bright smile. In just one day, Zelky had become Andromeda’s favorite person on the base. She had her own companion, a capuchin monkey. Andromeda had no idea how she got a monkey in space. When she had asked Zelky about it, all she said was “Oh you know, some people get lab rats, I got a lab monkey.”

Zelky was confident and capable. And she always seemed to know what Andromeda was thinking.

“Girly, what’s up. I can see the frown in those eyes.” Zelky bent down to pet Sparky. He was licking her hands and very content with her scratching. Zelky’s monkey sat on her back and looked at Andromeda. The monkey who was named, Dia, tilted her head to one side. Zelky straightened up, she rested her hands on Andromeda’s shoulders. At that moment, Andromeda felt all the tension in her body tighten and lift to the surface of her skin. Then Zelky gave her a hug. Andromeda hugged her back. All the tension from the past few days was released. Her eyes started to water. Her breath caught in the back of her throat.

“It’s okay to worry Andromeda. I am worried too.” Zelky pulled back. She pat Andromeda’s cheek. “It’s okay to live in the what if. Now,” she said, stepping back. “Tell me what’s on your mind.”

Andromeda wiped the tears from her eyes but why kept falling. So she gave up and tried to talk with Zelky. It was hard to explain everything, but she tried.

“I think I’m realizing what I’m doing here.” Andromeda said. “I mean, I just realized today that I might not ever see my parents again. Was it the right choice to try and do something with the space flight training?” she paused. Zelky nodded and said nothing. Andromeda continued,

“I may never see Maffei again. I may never see my dad or my-” Andromeda’s voice caught in her throat. She couldn’t say it. It was too much. She started to cry again. “And my body hurts. My feet hurt and it hurts when I laugh or jump because of all the training. It feels so pointless!”

Andromeda put her hands to her face and covered her eyes. Even though meeting all her new friends was fun and exciting, even the party they would have didn’t really help alleviate the feeling of dread. Andromeda realized she had been holding on to that dread the moment she heard the full announcement from the sergeant. Her excitement for recruitment had only masked the feeling.

Sparky said “Hey! I see a monkey!” It was his favorite thing to say whenever Dia was near. For some reason he loved the word “monkey” and liked saying it over and over. Andromeda heard Zelky let out a chuckle. Andromeda pulled her hands from her face. She saw that Zelky was petting Dia and looking at her.

“You know,” Zelky said. “Everything you’re saying is true. You might not be able to do any of those things again. But that is only one side of the coin. The other side is “What if I do get to play with Maffei again? What if I can hug my mom again?” Zelky stood straighter. “We can’t live in the possibility of what will happen when we can only change what is happening now. And right now you are trying your hardest to help the Planet and your family from the asteroid. Just like everyone else in the space program. We are trying and working hard not because we believe the “what ifs” won’t happen. No, we know something will happen but we are trying hard every day to make sure to change our present into the future we want.”

Zelky walked over to the training flight unit. Dia jumped from her back and onto the craft. She turned back to Andromeda.

“Now let’s get started with training. And remember it’s okay to cry. But let’s keep on training even through our doubts.”

“Look there’s a monkey!” Sparky said again as Dia made her way across the training unit. She wiped her tears and sniffed her nose. What if she could be the one to save the planet?

5 thoughts on “Andromeda and the Moon : Part 6- A Short Story by Leona”

Leona Cicone is a short story and poetry writer with a background in anthropology and marketing. Her works have been published in Visual Verse, Flora Fiction, Spillwords, Free Verse Revolution, The Anthropocene Hymnal, The Beautiful Stuff, Poetry Anthology and dyst: Literary Journal. Currently, she resides on the East Coast of the United States just north of the country’s capital. You can follow Leona’s writing journey @CiconeLeona.

Throwback Friday, Beyond Pain, There is More, by Ivor Steven

Today’s poem was written in December 2018, I was in hospital at the time, and there seemed no end to my daily pain. Here I am presenting a revised version Beyond Pain, There is More (a Revised Poem) It’s eleven seventeen I not not nineteen Anymore Old warriors are bold I will not be told […] 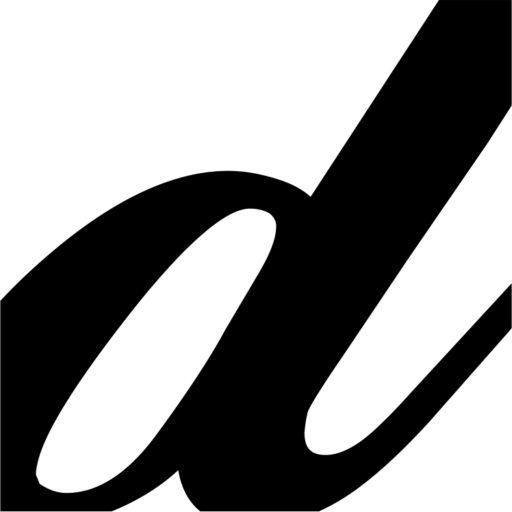 At Sunnyside - Where Truth and Beauty Meet

where truth and beauty meet

If music be the food of love, play on✨

isn't she lovely
the !n(tro)verted yogi